Chat with us, powered by LiveChat

It was created on April the 14th of 1987 to protect the flora and fauna, and the natural surroundings of the common grounds of Chablekal and Dzibilchaltún in a lower percentage. There are more than 100 natural and artificial pits in its 539.43 hectares, being the most important the Cenote of Xlacah, Old Town, according to its Mayan name. Be sure to check out the top destinations in Mexico.

The impressive cenote, sacred to the Mayas, has an ellipsoidal shape and a surface of 60 square metres. It is 0.5 metres deep in its easternmost part and 45 metres deep in the western one, while its waters are highly hard due to its containment of soluble calcium. 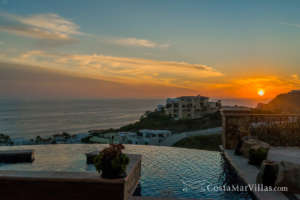 There is an interesting aquatic fauna in Xlacah, with three so called zamacona fish species standing out: the Mayan Cichlid mojarra (Cichlasoma Urophthalmus zebra), the Sailfin molly (Poecilla velifera) and the sardine (Astynax fasciatus altior), endemic of the Yucatan Peninsula.

Outside the sacred waters, Dzibilchaltún is the habitat of mammals such as the armadillo (Dasypus novemcinctus), squirrels (Sciurus), Virginian opossum (Didelphis virginiana), rabbits and mice; besides 30 bird species, some of them endemic of the peninsula being the most common the Altamira Oriole (Icterus gularis) and the Yucatan Flycatcher (Myarchus yucatanensis).

The two remaining sectors are the young alcahual, which basically presents grasses growing in cut down and abandoned zones; and the so-called henequenal, on the north-eastern and south-western limits of Dzibilchaltún, where the henequen, whose fibre is used to weave different sizes of treads known as mecates, is predominant; this fibre is used in handicraft works as well.

The park, located in the City of Mérida in Yucatan, presents a sub-humid warm weather, with an annual average temperature of 25.8 degrees Celsius, and an annual precipitation of 700 to 900 cubic millimetres. The dry season lasts about six months, from December to May, while the rainy season reaches its peak between August and September.

Dzibilchaltún is one of the most visited areas in the state, due to the existence of an ample archaeological zone of 110 hectares, marked by a stone barrier, which occupies approximately 25 percent of the entire park.

There are buildings dating back to the year 600 BC in the archaeological compound, and the Palace, the Temple of the Pedestal and the Temple of the Seven Dolls, stand out amongst its 4800 pre Hispanic structures. The fall (22nd of September) and spring (21st of March) equinoxes, and the winter (21st of December) and summer (21st of June) solstices, can be appreciated from the last one.

The Dzibilchaltún National Park is administered by the Secretariat of Urban Development and Ecology of the State of Yucatan. It is situated 17 kilometres north of Mérida, following Highway 261 up to the kilometre 16, where one must take the detour going to the right. It is opened to the public Mondays through Sundays from 10:00 hours till 17:00 hours.

We love your feedback and are
constantly looking

SEND US A MESSAGE